Catechesis of the Good Shepherd Ireland 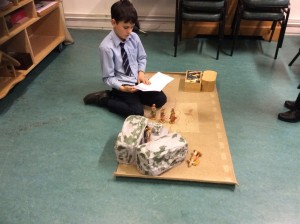 Sofia Cavalletti or one of her instructors was invited to Ireland in October 1958 to introduce Montessori’s Religious Education at the Sacred Heart College, Mount Anville, Dublin. It was her first point of venture outside Rome. Numerous religious and lay instructors attended. It continued to be the method of Religious Education at the Dominican Sisters School Sion Hill and Sacred Heart Convent thereafter. Nancy Jordan a lay worker for many years at the Sanatorium of St Ultan’s Hospital, Dublin, used the method to prepare sick children for their First Communion.

Cavalletti went to USA in 1976 and it spread rapidly throughout the States thereafter. A National Association for the Catechesis of the Good Shepherd was formed in the USA which now provides catechists to help with training all over the world. Over the past fifty-seven years this work has unfolded throughout the world. What began as a little mustard seed just a short walk from the Vatican is now in every continent in the world. For more information go to http://www.cgsusa.org

In 2002 the National Association of the Catechesis of the Good Shepherd (USA) was holding training courses for all three levels n Arizona. Culhane went to complete her Level 1 training there and returned two years later to Atlanta, USA to complete Level II training (6-9 years) and to Seldon, Long Island, USA to complete Level III (9-12 years) in 2006/7. Jo Culhane became a Formation leader in 2009.
Today we have several Atria established in Ireland, in Dublin,Galway, Kerry and Sligo. 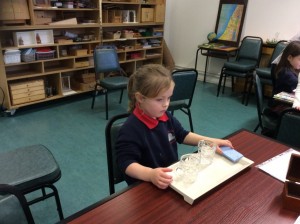 The Catechesis of the Good Shepherd began in the newly built Parish Centre of St Jude the Apostle Church, Templeogue in September 2004 with the support of Fr Denis Ryan PP and Fr Damian Farnan CC. It started with a small group of ten children ages 4-6 years. Two years later the 6-9 years Atrium grew and today all three levels are catered for serving children 3-12 years. This process of working with the children has deepened the catechist’s faith as it has become a living faith for the three catechists.
Fr Gregory O’Brien, the newly appointed Parish priest has given the Catechesis of the Good Shepherd his support for its continued success.